Founded in 1912 as traditional theatre, the company has become one of the most influential companies in Japan for creating Owarai(Comedy) Tradition. We represent over 6,000 TV personalities and there is not a single hour where you would not see Yoshimoto’s talent on Japanese Television today.

Outside of TV personalities, Yoshimoto also represents numerous athletes from various sports genres including MLB and eSports. Yoshimoto also holds the right to operate the league of legend tournament in Japan.

We provide a promising solution for clients with our capability of creating various content with our talents through all kinds of media outlets. As one of the largest entertainment companies in Japan, we will make sure to meet your goal with our strong / endless resources. 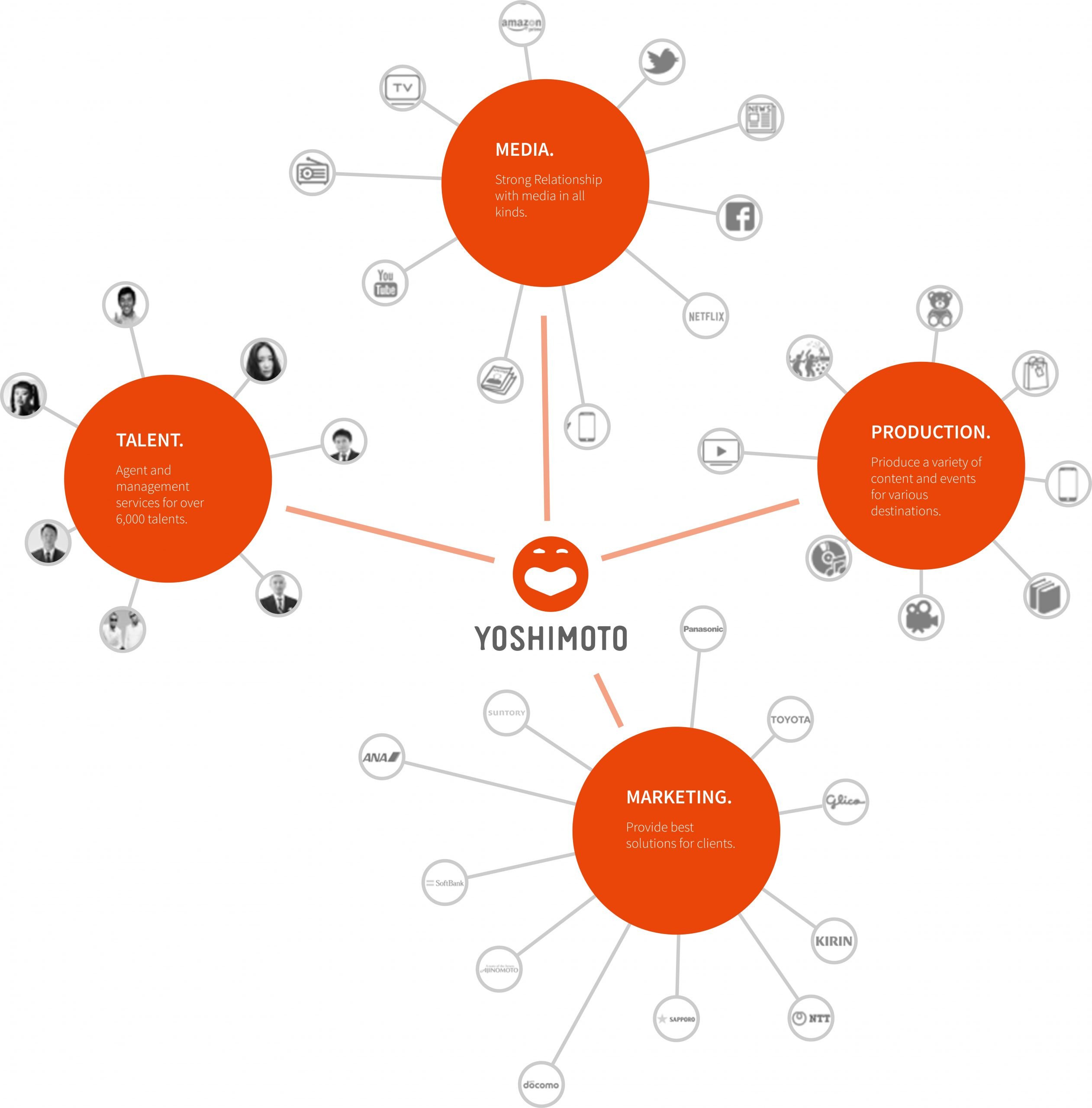 LET US HELP YOU STAND OUT.